The "How To" of Expert Brainstorming: Techniques & Activities for Generating Ideas 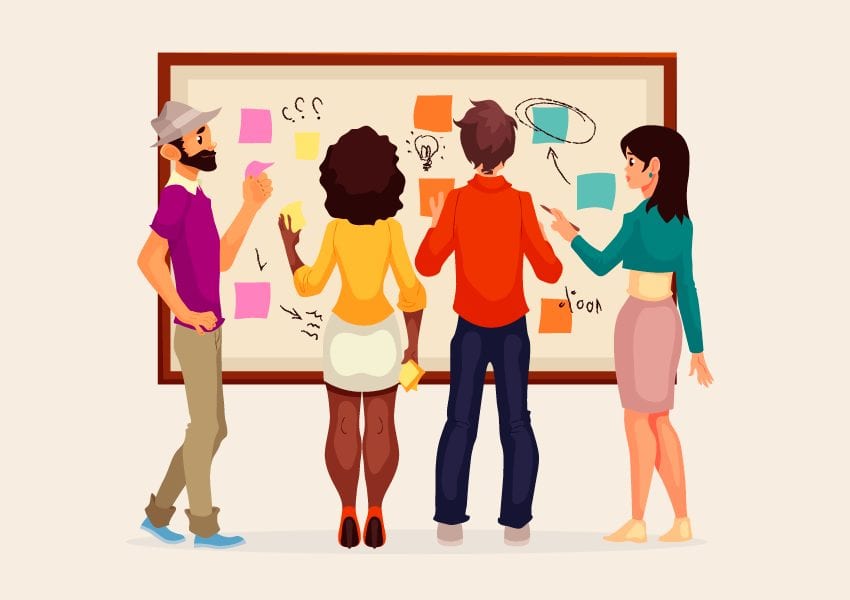 Part 1. Structure and Strategy for Brainstorming: Brainstorming should be based on a sound process with catalyzing questions that address challenges you have. This workshop will guide you through activities to set up your own brainstorming program. We will provide you with a simple step-by-step system of activities to use for your own challenge and show you examples of products and organizational programs developed from this process.

Part 2. Individual techniques and tools for brainstorming: Break out of ruts, generate more ideas, or think in new directions with ideation tools and techniques for individual brainstormers.

Part 3. Facilitating brainstorming with groups: Enable your team of brainstormers to generate hundreds of ideas per hour and zero in on the best concepts to develop further. Learn how to bring the best team of thinkers to the table. 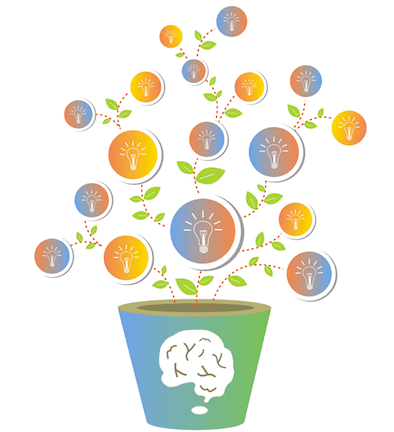 On Demand: Watch training presentation video at your own convenience. Each workshop lasts 1-1.5 hours.

Online from your own computer. You will be emailed a link to access the webinar series.

• Tools and learning to be a better brainstormer, facilitator, and manager • Numerous ideas for the topic you choose • Activities to create questions, generate ideas, and use a tool set of techniques and strategies for creative thinking.

$397 per Participant, or $1,997 per Group (up to 10 people from one organization) for all sessions Contact us if you have a special budget circumstance or are a nonprofit organization who would like to utilize this program.

Ready to Start? Questions about our Brainstorming Workshop?

To bring our training and facilitation to your organization, please e-mail Dr. Darin Eich, Ph. D.

To bring our training and facilitation to your organization, please e-mail Dr. Darin Eich, Ph. D.

How does your organization generate and develop ideas?

Do you have a best practice system of activities for brainstorming on your own and with others so that you can continually generate ideas and solutions?

Do you contribute to a sustainable culture of innovation and facilitate collaboration so that others may generate ideas for new products, services, marketing, and organizational improvement?

Create new products, services, marketing campaigns and innovate your organization with brainstorming! Learn how to develop and facilitate brainstorming sessions and events that will generate hope & enthusiasm amongst your colleagues and create new innovations!

BrainReactions has worked with the most innovative companies in the world. We learned from their methods of idea generation, but we have also developed our own toolset that increases brainstormer productivity by 200-300%!

“Darin is undoubtedly one of the most energetic people I have ever had the pleasure of meeting. He brings this excitement to everything he does, including his brainstorming training and facilitation.

Going through Darin’s training process was like learning to ride a bike. It took several sessions to start seeing results as I was literally re-wiring my brain to pedal at speeds it had never gone before. I fell off a few times along the way, often becoming intimidated by the fast paced environment, but was always reassured by falling back on his tried-and-true methodologies. I clearly remember one session it just ‘clicked’ — instead of generating 20-30 ideas in each 3 hour brainstorm, I was coming up with almost 150 ideas. I was amazed at this new found skill that previously seemed unattainable.

“Darin has taken the process of creativity to the level of simplicity that can be adopted by the masses. I like the focus on showing examples and using metaphors to explain things. Plus, the space and instructions provided make it feel like more than just a book. Also, the book using itself as an example and demonstration of the techniques it teaches is pure genius!”

Darin once spoke at a leadership conference I organized in Madison. He talked about leadership in a way I’d never heard before.

It wasn’t only what he said. It was also how he said it… with naked intensity and emotion and belief.

That was when I internalized that you could be passionate in a big, bold way about leading and inspiring others. It wasn’t just me and my crazy friends thinking about this. “Out there in the Real World,” they desperately needed more of it. Now that I’m here, I know we still need more, too.

“Innovation is a critical ingredient for success in today’s work environment. Being able to innovate allows you (and your company) to stay ahead of the game instead of constantly playing catch-up. In this book, Darin outlines an easy-to-follow process that will help you develop your ability to think innovatively and create tangible results.” 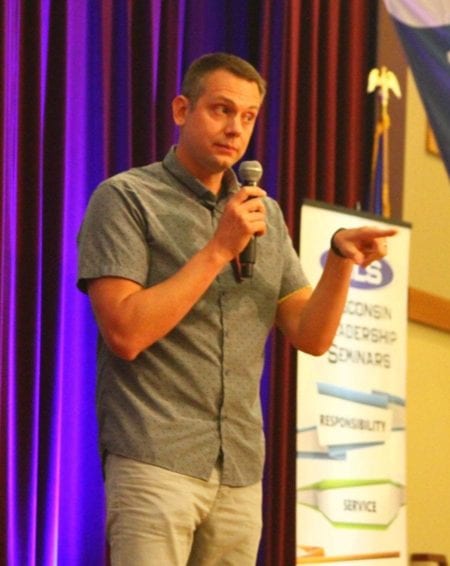 Email author [email protected] about your project that may need an innovation facilitator, program, or workshop.

Your innovation facilitator, Darin Eich, is the author of Innovation Step-by-Step and Root Down & Branch Out: Best Practices for Leadership Development Programs.  Darin earned his Ph.D. in Educational Leadership & Policy Analysis from the University of Wisconsin. Darin is the president and co-founder of InnovationLearning.org and BrainReactions, an innovation consulting company founded by UW students, where he led idea development and innovation projects for organizations like P&G, the United Nations, and the U.S. Council on Competitiveness.

Darin’s passion involves helping people to become themselves, find and live their strengths, and become more creative, innovative and successful leaders. Professionally, Darin does projects ranging from hundreds of speeches to helping institutions develop leadership programs & retreats to facilitating professional brainstorm innovation sessions for the most innovative Fortune 500 companies. Darin lives in Madison and is a consultant to Dartmouth College, the University of Wisconsin, and USA TODAY.

Do you want to facilitate your people through an innovation system, project, or activities…and learn and develop leadership skills as a result? We can bring an  innovative program, workshop, or speech direct to your organization or conference. Interested in discussing program ideas? Email [email protected] today.